I’m one of the very few not sleeping in the airplane, hopefully including the pilots. I have a window seat, and the opportunity to write under a sky full of stars over the Atlantic Ocean seemed too precious not to take. Here I am, higher than the Everest and 4x faster than an ICE train. If the airplane went a little faster there would be a bang and I would be faster than the speed of sound. If it went up a little I would confirm that, indeed, the Earth is round. A little more and the number of stars in the moonlit sky would explode. Going further, I’d be able to look down and conclude that our planet really is a pale blue dot. Maybe I will in the future, if space tourism happens in my lifetime.

I have a love and hate relationship with airplanes. I love that they take me to places that I could never visit a century ago. I love the view from above, which I struggle to keep as mesmerizing as it was the first time I saw it. But I also hate how small they make the world. You enter a long tube, sleep and watch movies for a few hours, and arrive somewhere else. It makes the world discontinuous. You can memorize numbers like the 10 000 km distance between Frankfurt and Sao Paulo, or the cruise speed of 840 km/h, but they don’t really hold meaning. You just hop between distant places, in some kind of archaic teleportation with lag and screaming babies. Eventually, you may feel like you have seen the world by placing pins covering a large area of a world map. It makes it easy to forget how large our world is, how small we are.

I like being awake on long flights, and trying to grasp the actual size of our planet. It is humbling. 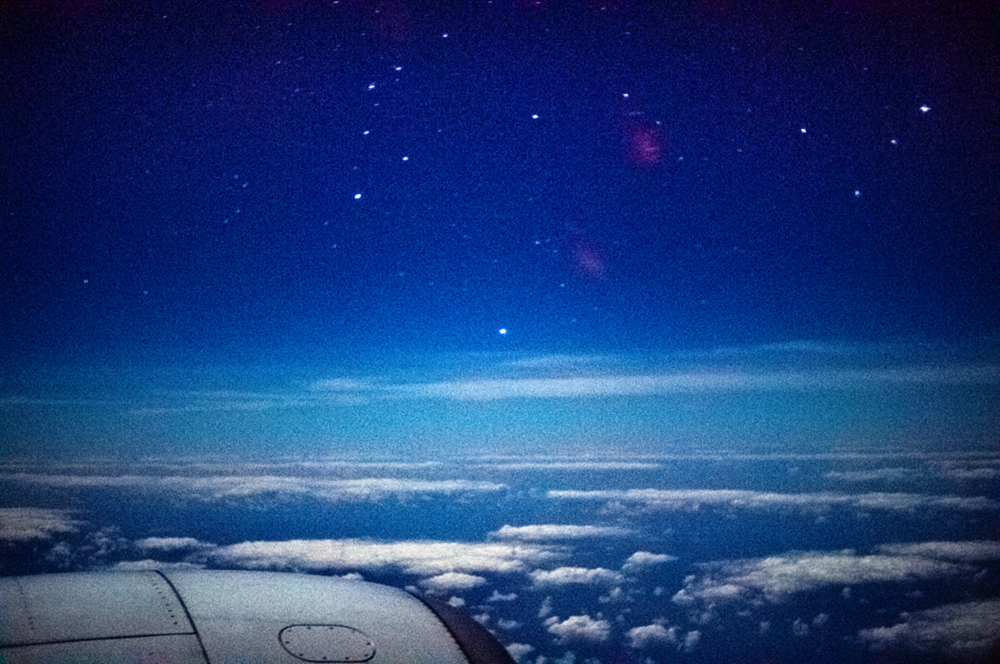 You May Also Enjoy

How likely that someone we know dies from COVID-19?

The pandemic caused by the SARS-CoV-2 virus continues to spread and dominate daily life in 2020. Yet, despite the alarming numbers reported (“X millions of cases!”) it can feel abstract. As humans, we tend to care a lot more about our tribe than about anonymous people. With that in mind, what is the probability someone we care about dies from COVID-19? Read more